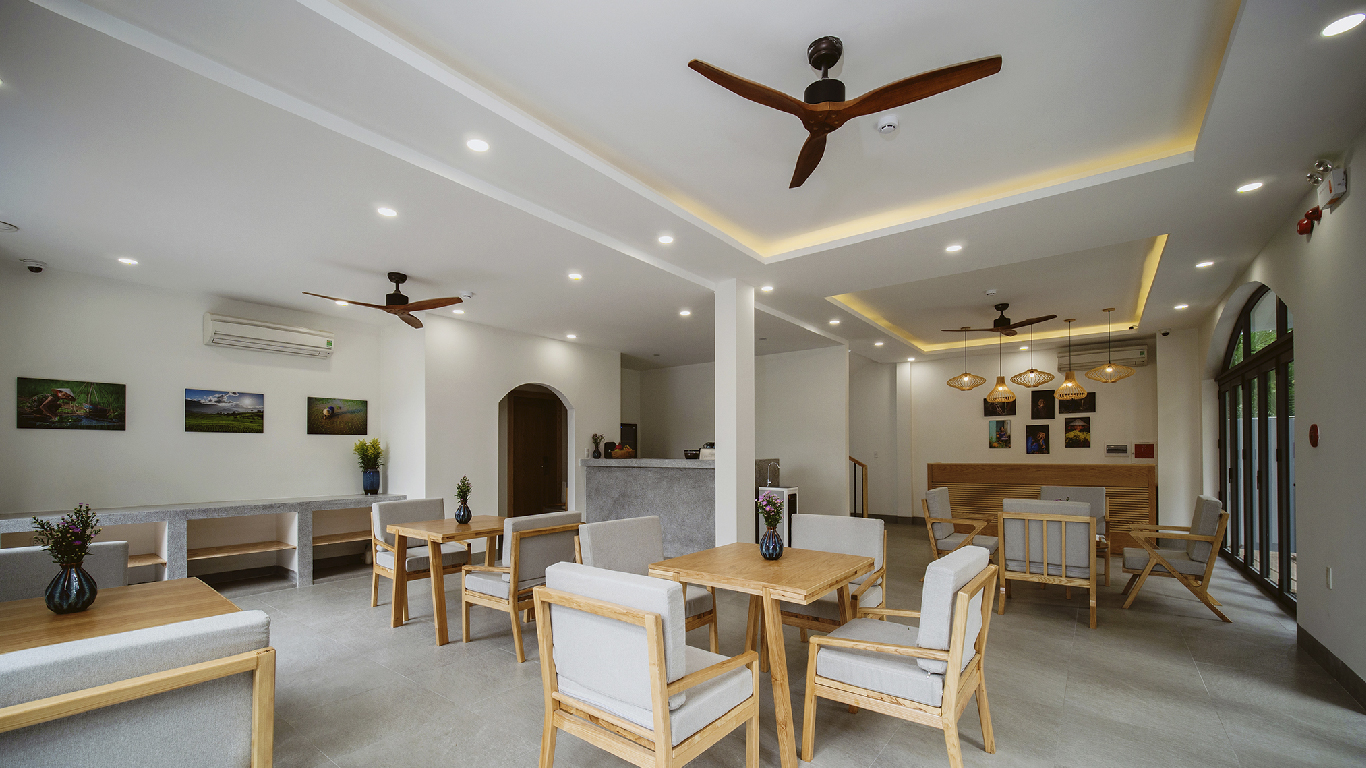 The Watermark’s Guide to Coffee in Hoi An

The Watermark caught up with talented coffee connoisseur Trung Pham, the owner of the Espresso Station in Old Town, to get his take on the perfect brew and learn how he went from brewing coffee in hotel lobbies to starting one of Hoi An’s best-loved coffee shops.

Just off the main road from Hoi An’s beach to the rice fields, tucked in a small little alley is The Espresso Station. Opened by TrungPhan, it is the perfect place to enjoy a coffee and make some new friends, away from the hustle and bustle of the old town.

Last year Trung opened a second coffee store in Da Nang but he says he prefers his store in Hoi An.‘I love the concept here. It feels like home here, you have the garden. In Da Nang it’s different.It’s more a place for those working in the city. There are more Vietnamese customers in Da Nang rather than in Hoi An.’

Indeed it is this fusion of Westerncomforts - that wouldn’t look out of place in a trendy shop in New York or London - and Vietnamese culture that makes the Espresso Station so popular with both western expats,  tourists and the local residents.

‘I love the Western coffee. But not everybody does. I know how to make a good coffee and I know how to improve it. But I want to make a traditional coffee as well as a western coffee so I could share my passion with everyone. That’s why I serve both styles and people can make a choice.’ 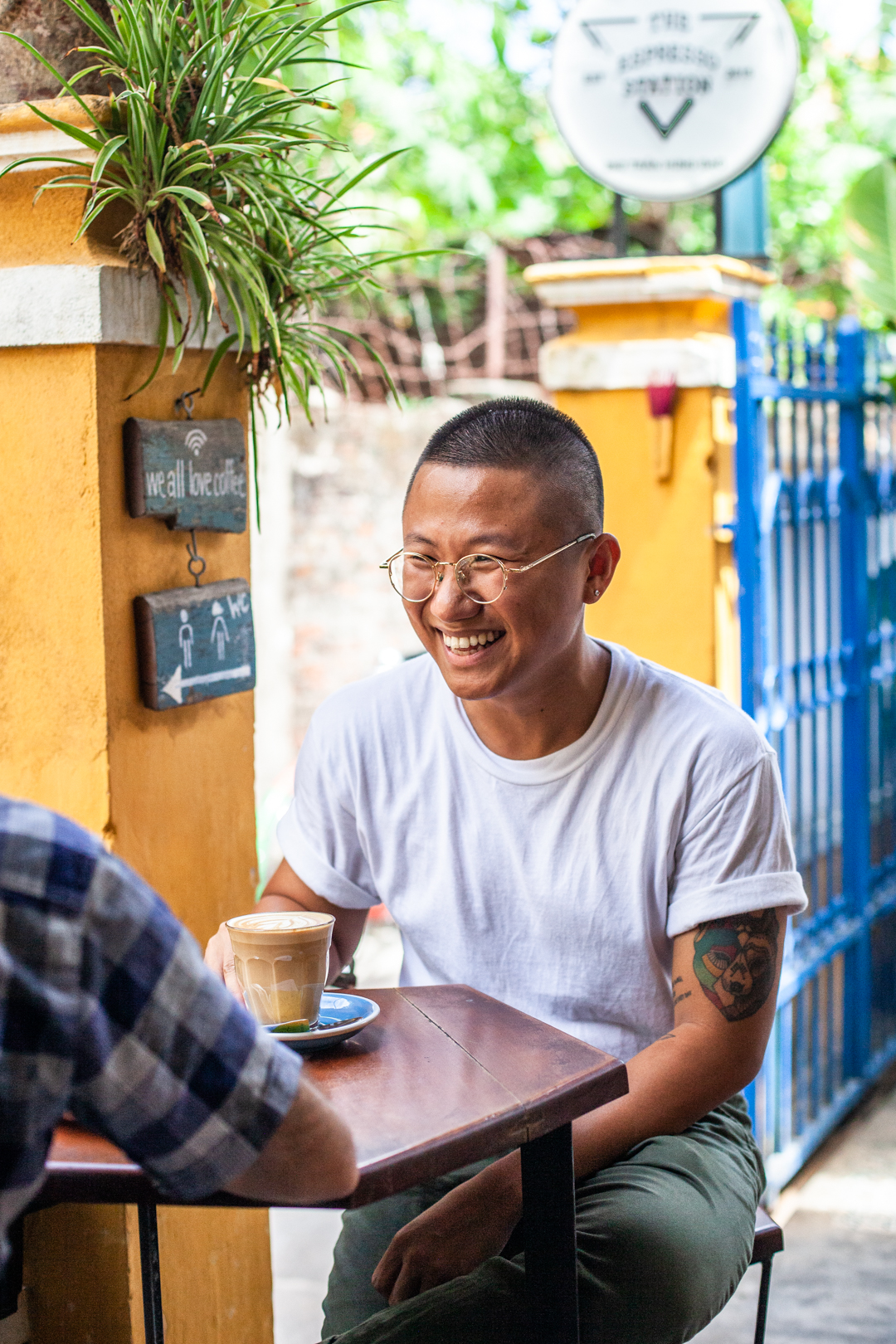 Trung seems most at home when he is behind the counter, hard at work making me a coffee. This morning I have asked him to make me an egg coffee and a drink he recommended:a cubano cortado, his own creation. Both were extraordinary, especially for someone who doesn’t drink coffee religiously. His face lights up when he sees I like them both. So what is it about coffee that makes Trung so happy?

‘I can be quite nervous and I find it difficult to talk to people. But when I’m making coffee and I’m working in the coffee industry I feel confident and happy. This is the reason I love coffee, it’s all about sharing. You can see people are happy when they are drinking their coffee.’

Indeed this seems to be why coffee is a big part of Central and Southern Vietnamese culture but Trung acknowledges that coffee culture here is a lot different from in the West.

‘When we talk about coffee in Vietnam, we are meeting friends or family to talk about something. It’s a different culture… coffee is the most important way to start the day. Before we had the internet people wanted to share information, to share life in the morning and connect with each other. It’s not about people waking up and needing coffee or caffeine to go to work in the morning, it’s different.’

The coffee culture in Vietnam is also much prominent in the centre – from Hoi An to Hue - and the south of the country, the parts that were once part of South Vietnam prior to reunification in 1975. The south of the country is often more associated with business and a faster pace of life, particularly in cities like Ho Chi Minh (Saigon) and Da Nang. I wondered if this was why coffee was more dominant here as business men need coffee to keep them on the go. ButagainTrung saysit is simply a matter of Geography. And this makes sense if you look at a Hoi An Vietnam map.

But getting to the point where he could open his first coffee shop in Hoi An was no easy task for Trung. It took years of perseverance and commitment.

‘I worked in a boring industry: tourism. I went to the office and did the same things every day so I just wanted to do something new. One day I joined a barista class and my teacher gave me a cup of espresso; I fell in love. It inspired me to keep learning and practicing.’

For Trung coffee became not just something he loved but also hisfreedom,  a way out of the tourism industry: he set his heart on opening his own shop.

‘For one person working for an eight hour day for one month the average salary is between 5-7 million dong (U.S $216 –$303). I came into the coffee industry in 2012 and I spent one year just learning how to make coffee and practising. One day in 2014 I had a big problem in Saigon with my job. I felt I couldn’t work in that career anymore so I moved back to Hoi An. I decided that if I wanted to pursue my dream of opening a coffee shop I had to save some money: I didn’t have any savings or investments that many young men have.’

‘At the beginning of 2014 until the end of 2015 I worked eighteen hours a day in a hotel. I saved up to buy my first coffee machine, a roaster. I set it up in the hotel and served my coffee to the guests at the hotel, my first customers. They enjoyed my coffee and it gave me more energy to keep going.’

But Trung’s hard work has now paid off. He now has two coffee stores, one in Da Nang and one in Hoi An old town. But it is his store in the famous city of lanterns that he loves becauseit benefits so much from the tourists and expats that Trung acknowledges were instrumental in helping him along the way.

So, after finishing my coffee, I decide to end our chat by asking Trung one final question. Of all the coffees he makes at his store, what is his favourite? It turns out the answer is quite obvious:

‘Espresso is my favourite coffee. The first time I tasted coffee it was when the teacher at the barista class handed me a cup. I named the Espresso Station after it. I like it because it’s strong and it keeps you awake!’ 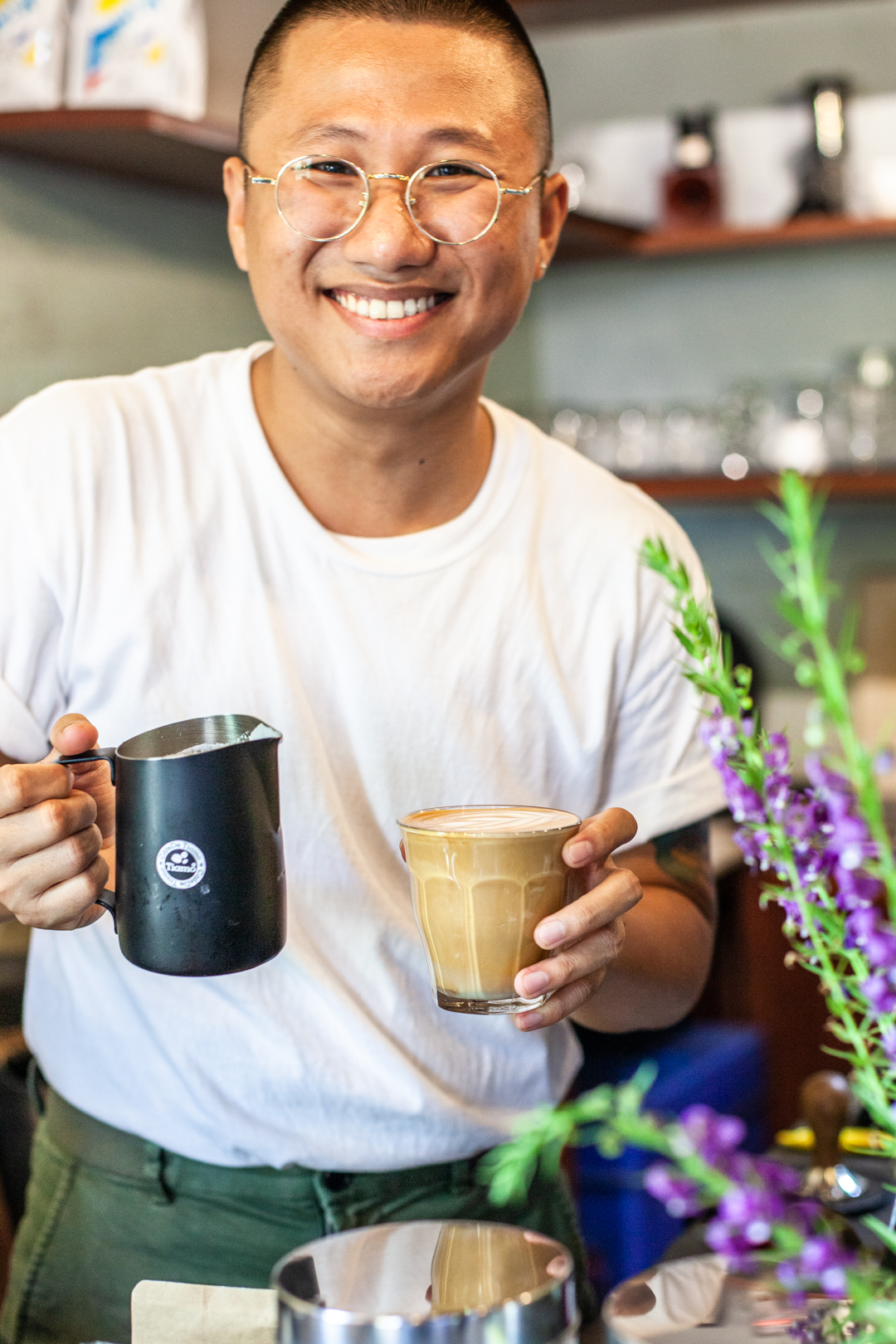 4 Vietnamese Coffees You Have to Try

Ca phesuada means coffee, milk, ice in Vietnamese. Everywhere you go in Central and South Vietnam you will see people drinking it and selling it: from road side trolleys to the most expensive restaurants,  everyone has their own take on it and everyone has a different ratio of milk to coffee to ice that they enjoy.

But the ingredients are the same. A thick mixture of hot coffee, sometimes left to drip into a glass packed with ice and then mixed with sweet and even thicker condensed milk to give it a unique flavour. Trung tells me Ca PheSua Da has its roots in France as Vietnam was once a french colony and the drip or ‘phin’ is similar to the French press.

The condensed milk is a remnant of Vietnam’s make do and mend culture. ‘We were a poor country and we didn’t have fresh milk so we used condensed milk instead,’Trung tells me. ‘It’s all about when you cannot do this job, you have to do another job to survive and it’s the same with coffee. If you can’t drink one type of coffee you have to find another way.’

Egg coffee might sound like a strange concoction thought up by the likes of Heston Blumenthal but it is in fact one of Vietnam’s sweetest coffees and perfect for those who don’t like anything too strong.

It was first invented in 1946 in Hanoi  by Nguyen Van Giang. Giang was working at the Sofitel Legend Metropole Hotel in 1946. Trung tells me: ‘After the war, at the time there were very few restaurants and he wanted to make the cappuccino,but we had no fresh milk at that time. So he wonders how he can make the foam. He used egg white with the egg yolk with a tiny bit of condensed milk and sugar.’

‘After the war our country was just beginning. We didn’t have food or anything to eat. Sugar, egg white and egg yolk became our milk.’

Trung suggested I try one of his own inventions. ‘I love the Western coffee. But not everybody does. I have one coffee that mixes both styles. It’s like a latte and ca phesua da combined. So it’s kind of like a small latte but I do it in a big coffee cup and I use a tiny bit of condensed milk and fresh milk.’

‘One of my regular customers here, an expat, told me about a coffee that you can drink hot and cold in the same cup. I saw someone on Instagram who had a coffee cube on Instagram. So with the support of my customer I made the coffee with ice cubes and a hot cup of milk so if you like it cold you can have it cold and if you like it hot you can pour the hot milk over the coffee.’